What Is Fantasy Sports and How to Play It? 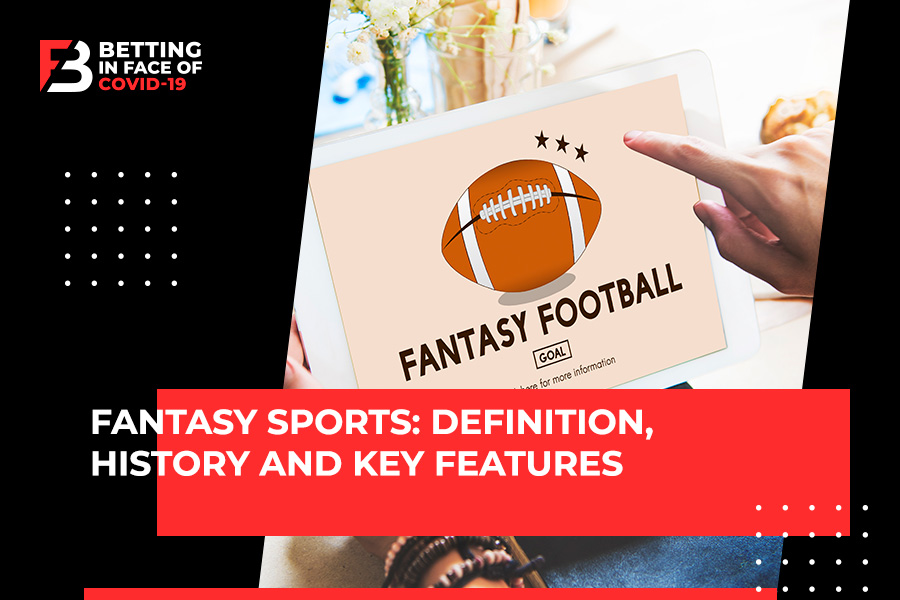 Matches and other sports competitions are cancelled worldwide because of the rapid spread of coronavirus disease (COVID-19). Thus, the amount of events involved in betting shops has significantly decreased.

Fantasy sports is gaining ground in such a situation. Due to this gambling aspect, sports fans, bettors and gambling followers can spend their time without health risks and obtain additional income.

The article reveals the concept of fantasy sports and describes how to play it.

Fantasy sports is a tournament game based on real sports events. People competing in such tournaments act as managers.

As part of a fantasy tournament, players form virtual teams of actual athletes participating in real sports events, for instance, football, basketball or hockey championships. Upon completion of real games, they receive points depending on the results produced by athletes during tournament matches. Points are added for successful actions of players, e.g. a scored goal, a saved penalty, or an assist. If an athlete performs poorly during the competition, for example, gives up a goal or gets in the book, points are taken away. All the scores are summed up after the tournament. A manager whose virtual team collects the greatest number of points becomes the winner.

Fantasy tournaments are conducted in various sports: association football, hockey, baseball, golf etc. Games can be organized for fun. Winners get no rewards in this case. However, fantasy sports is frequently played for money or prizes.

Fantasy tournaments are divided into two types in terms of duration:

There are the following types of fantasy sports tournaments:

There are different opinions on whether fantasy sports should be considered a gambling type of activity. Some individuals believe that it is a game of skill, explaining that its strategy is based on human knowledge about sports event participants and their capabilities. At the same time, fantasy sports is referred to gambling because game results depend on the actions of real people with an element of chance. It means that the risk of loss always exists regardless of the strategy designed by tournament participants.

Fantasy sports betting differs from wagering on traditional sports disciplines. In this case, one should not put money on the outcome of any event. To gain victory in the tournament, one should create a virtual team and overrun opponents in the amount of points. The total profit depends on the type of fantasy tournament.

The emergence of fantasy sports

Fantasy sports originated in 1960. At that time, sociology professor William Gamson was organizing baseball seminars. People involved in such meetings built teams of real baseball players on paper. Afterwards, they competed who created the strongest team.

In 1980, Daniel Okrent – an American writer and editor – founded the Rotisserie League Baseball and stipulated the detailed rules of fantasy baseball. This kind of entertainment was swiftly gaining momentum in subsequent years. 500,000 people in the USA were engaged in fantasy sports by 1988. The fantasy segment appeared in Europe only in 1990.

Due to the evolution of the Internet, the fantasy sports industry started advancing in the online environment, leading to the greater popularity of this direction.

According to data published on the Fantasy Sports & Gaming Association website, 59.3 million people took part in fantasy games in the USA and Canada in 2017.

How to play fantasy sports?

Fantasy tournaments are carried out based on various competitions. For instance, the English Football League Championship or the Basketball World Cup.

If you decide to dip into the fantasy sports world, you should initially choose a platform arranging corresponding tournaments. Such services are offered by FanDuel, Zweeler, FantasyBet, and other websites. Selecting one of the platforms, you should pass a registration procedure. The next step is to examine gaming rules. Then you can choose a tournament, pay an entry fee and create a virtual team.

At the start of the fantasy tournament, participants are provided with the common budget that can be spent on building a virtual team. Using these funds, you should select a limited number of players among given athletes. You will have to pay a certain money reward for purchasing each of them. Take into account that sportspeople featuring excellent performance in real championships are expensive.

Try to choose athletes who, in your opinion, will be able to prove themselves better than others in the coming match or championship. A limited budget won’t allow you to gather a star team of players. Thus, you should prefer inexpensive but promising sports performers.

To improve the chances of winning the fantasy tournament, you should follow the below-mentioned tips when forming a virtual team:

You will have to control the virtual team at a different amount of time depending on the tournament period.

Participating in season fantasy games, managers choose one team for the whole championship. They are allowed to buy other athletes in between competitions.

A team in daily tournaments is created for a single match. Fantasy game participants are provided with points after completion of the sports event based on the efficient actions of sportspeople. This information is considered when drawing up the final tournament bracket.

In 2020, one is cancelling matches and postponing championships, closing down shopping malls and entertainment venues, sealing off borders and taking other measures to prevent the spread of the coronavirus worldwide. At this hard time, a lot of people are not only looking for new ways of leisure but also try to discover additional sources of earnings. Fantasy sports is a game that can satisfy both needs.

Entering a fantasy tournament, you will be able to check your sports knowledge, abstract yourself from pressing issues and get a chance to multiply your revenues in case of designing a successful gaming strategy.

Would you like to discover more about the prospects of fantasy sports advancement on the European market? Join Betting in face of COVID-19 online conference. The event will take place on April 17. The official language is English.

A Good Start Would Be Gathering Everyone into ESIC to Deal with Integrity Issues that Are Common to All of Esports: Ian Smith, Integrity Commissioner at ESIC

Ian Smith talks about his work as Integrity Commissioner at Esports Integrity Coalition (ESIC), the key differences between traditional spor...

How to Generate Betting Traffic Efficiently in 2020?

The high popularity of sports and the rapid development of the sportsbook market has made betting one of the most profitable and promising a...

We Are Not Able to Calculate the Damage Right Now, As It Will Depend On How the Epidemic Is Progressing: Ivan Alonso, General Manager at Club Nacional de Football

How to Earn on the Popularity of Virtual Sports? Golden Race CEO Martin Wachter to Tell at Betting in face of COVID-19

How has the cancellation of traditional sports matches become an accelerator for the development of virtual sports? What strategies for earn...

With the advancement of mobile technologies, betting companies have started launching their betting apps. They do not frequently differ from...

On April 15, one day prior to the start of the online conference, everyone who buys a ticket to Betting in face of COVID-19 will get an emai...